Between Ishøj station and Arken, a series of individually shaped, artistic street lights are placed amongst the squares and streets, creating a linking identity through key nodes of the area. In some places the individual street lights group together making a collective scene while in others they stand alone. From each street light it is possible to see the next. By giving them a powerful neon red colour they will vigorously stand out from their surroundings forging a clear path through Ishoj. All together acting as a way-finding system throughout the day and night.

Unlike usual street lights, these Modified Street Lights consist of elongated, tilting, winding, rapidly rising or falling poles with wide arches, sharp bends or small loops, creating playfully interactive forms. With their modification, the street lights not only provide a guiding system and light in the dark, but also begin a dialogue with the spaces they inhabit thus promoting conversation between passers-by and viewers, lending the work to active characteristics and social qualities. At the same time, the street light has its own sculptural quality, inviting people to look at it and be guided on an art journey to and from Arken. 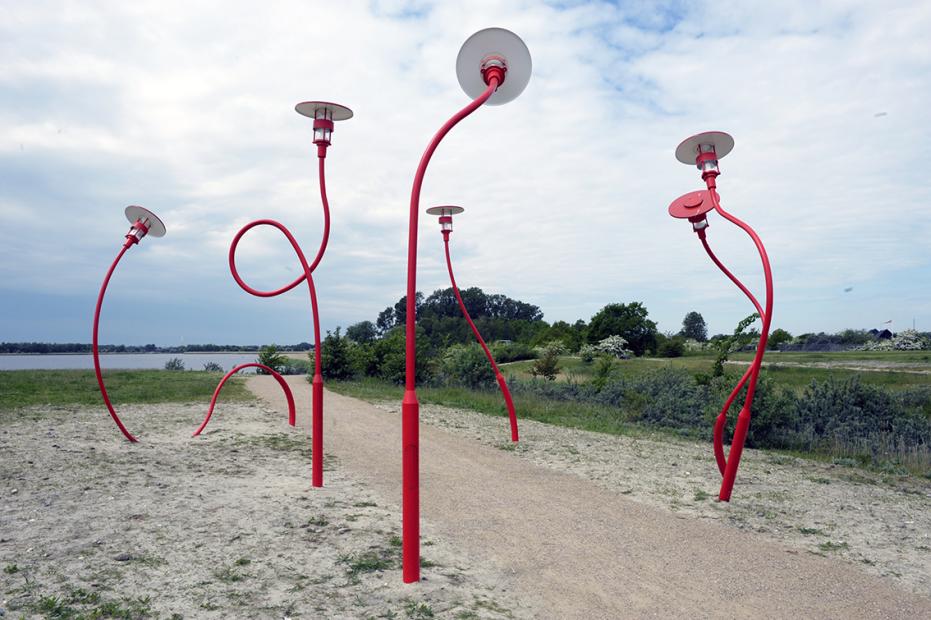