Like Billboard and Big Billboard, the work is constructed like a large commercial billboard with an alternating display, a series of rotating triangular prisms is mounted within a rectangle on the wall. Instead of displaying a message, the prisms in Mirror Billboard are defined on all sides by mirror surfaces, continuously revolving and reflecting both the viewer and the surrounding space, and thus creating a dynamic surface that is simultaneously ever-changing and never-changing. 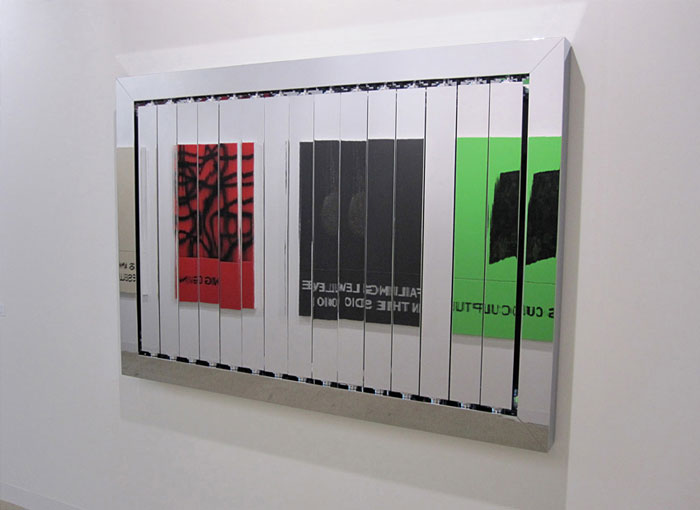