Rotating Labyrinth is a maze structure arranged in two concentric circles, each comprised of mirrored lamellae that reflect not only the visitors and their surroundings, but also adjacent mirror surfaces. Through the layers of reflected images, the mirrored surfaces begin to blend in with the surrounding space, becoming nearly invisible. The reflections are in a constant state of transformation as the inner and outer circles rotate slowly in opposite directions. As visitors enter and navigate the sculpture, the installation challenges their physical and psychological attention, aiming at an active and playful interaction with the work. The work directly subverts and displaces one’s perception of oneself and the surrounding environment. 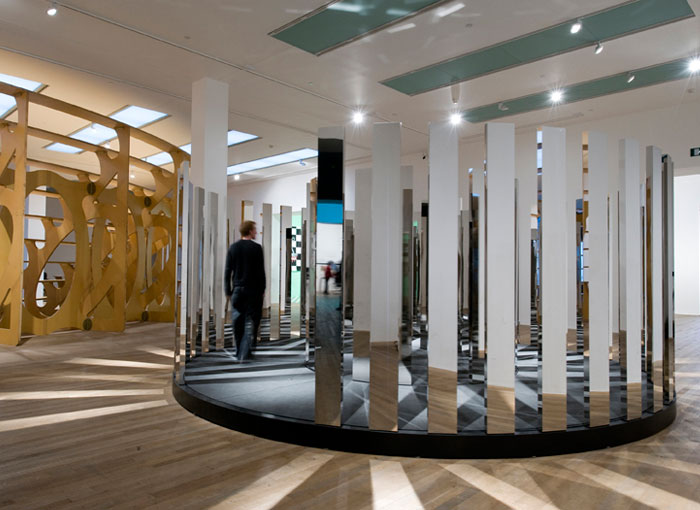