The work is an architectural installation creating a space within a space. It is made up of two convex walls bending inwards into the space, each with a small hole of ten centimetres and connected from one wall to the other by a continuously flowing jet of water with a diameter of two centimetres. The jet is close to straight horizontally and stretches over three metres, creating a fantastic scene difficult to grasp for the viewer. Although engineered by means of a basic calculation of the laws of speed and gravity, visitors seem to need to verify its possibility by tactile investigation. 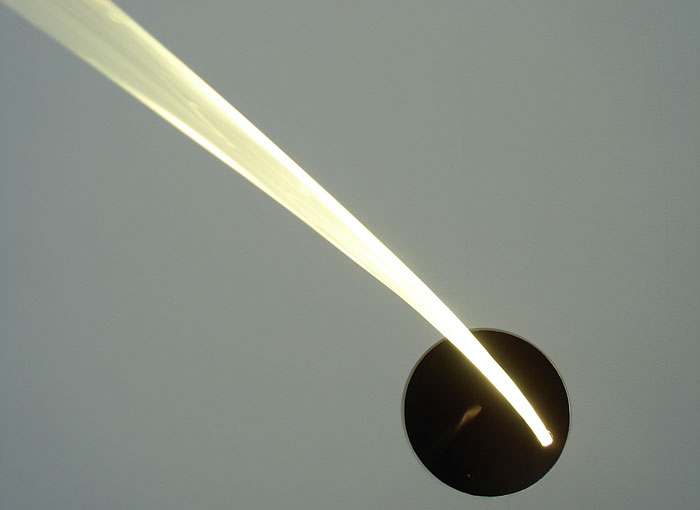