A candle flame flickers behind a head-high column made of two-way mirror, layered with reflections of the visitors and the surrounding space. A recurring motif in the history of art and a popular vanitas symbol particularly in the baroque period, the candle is used to stage light and dark, representing faith, life and the individual soul as well as the ephemeral qualities of time. Due to the entirely black surrounding, the flame is the focus of attention. Combined with the two-way mirror in front of it, flame and viewer merge into each other, so that the flame appears as a third eye on the viewer’s forehead. Also known as the inner eye, it refers to the spiritual belief in an invisible eye that enables to perceive the world beyond ordinary sight and symbolizes a certain state of enlightenment. By looking at their mirror image, viewers are thus encouraged to reflect on the symbolism of a burning candle and a third eye.

This is not the reality - what kind of reality?, San Clemente Palace Kempinski, Venice, IT, 2017 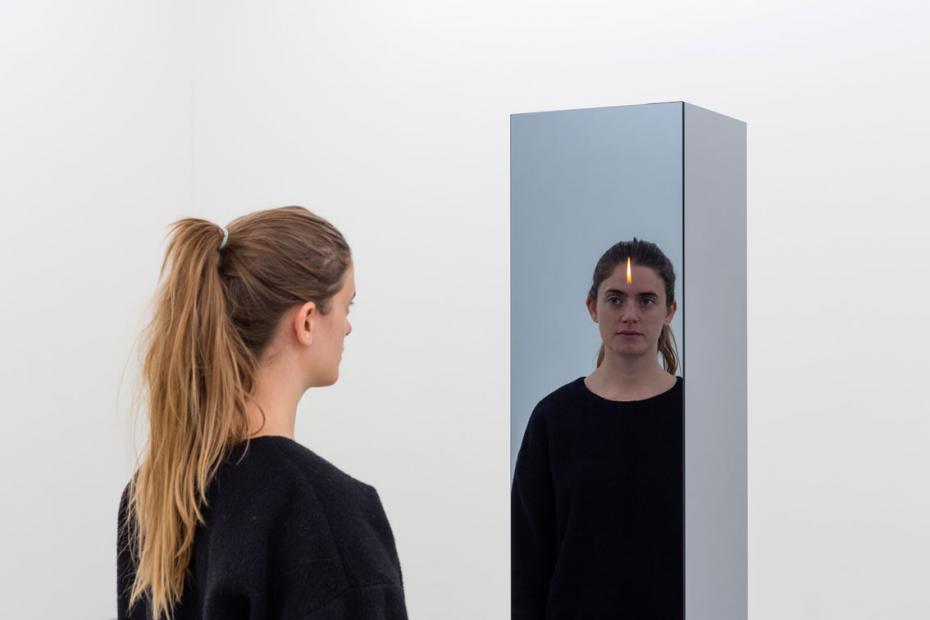